On the Fly with Kathryn Ireland
October 12, 2021 by Charles Spada

I met Kathryn Ireland one rainy afternoon some years ago when she appeared in my showroom, dressed from the pouring rain outside in a very wet and very yellow rain slicker. Unbeknownst to me at the time it was her, the lady whose fabric line I was pursuing had arrived at my door, albeit unannounced.  I was immediately inspired by her energy, the speed with which she entered one door of my showroom and out the other quick as a flash taking care of business in-between.

Like the whirlwind she appeared to be, the lady before me said hello, then as quickly proceeded to point to various antiques and objects and said, “that, that, that and that,” referring to pieces she wished to purchase. As quickly as she came in, did the tour, did she leave only to reappear a few seconds later to announce: “Yes, I would like you to represent my fabrics. Hi I’m Kathryn Ireland.” And, off she went bounding down the hall about her business. Our partnering was that informal, I was flattered that she could see in that nano second of time she spent in the showroom that we were a good match. Thus was the beginning of our long and mutually satisfying and continuing relationship. She is a marvelous talent and an equally marvelous friend. 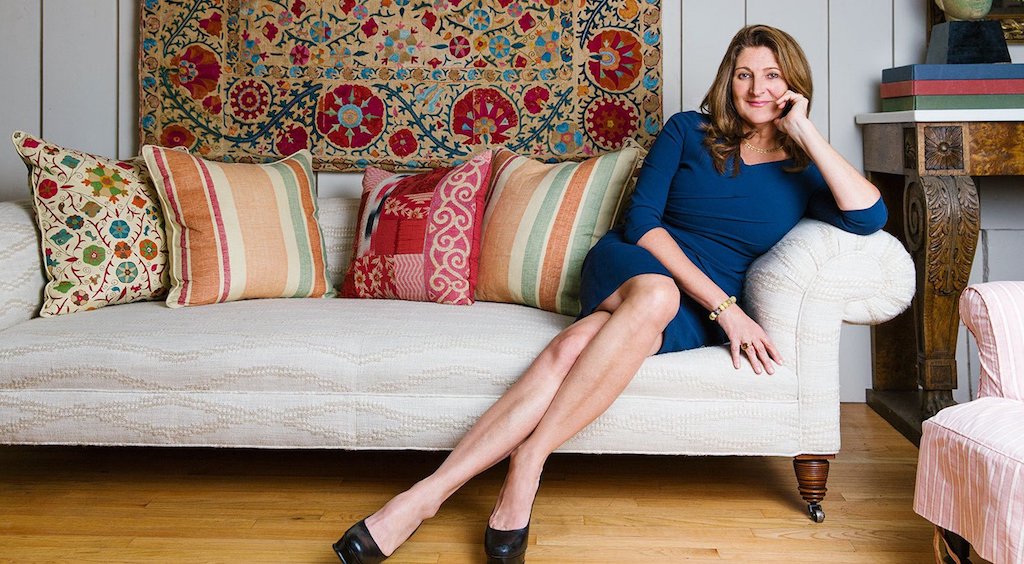 Kathryn is indeed a huge energy, a force to be reckoned with – a mother, a TV personality, author, interior and fabric designer. She does it all and does it expertly, amazingly, with one foot on and one foot off an airplane while heading there or coming from here.

I am particularly enamored with Kathryn’s design work. Her fabric prints, wallcoverings, and interiors each possess that uncanny seduction to relax, soak up the good life, and sip a good glass of red. She offers up those happy colors and patterns she favors that evoke the good life of Provence, where she finds herself most inspired, most creative. 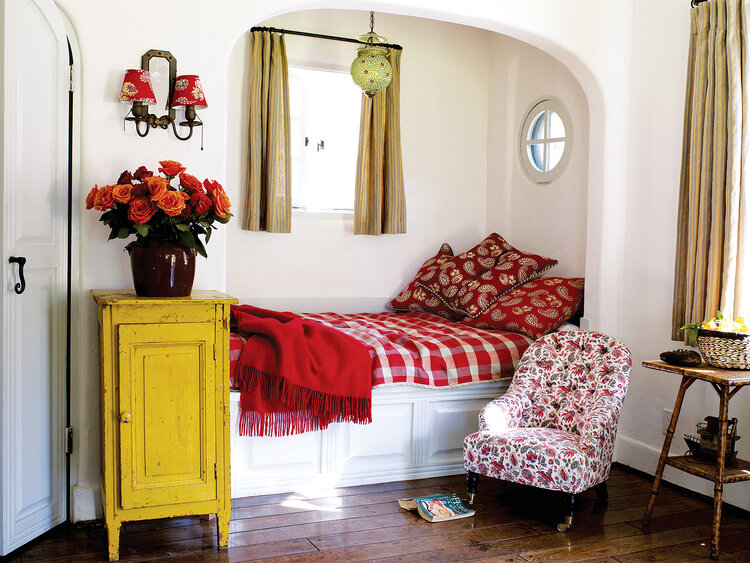 Knowing, appreciating, and continuously inspired by the beauties, the age old, and somehow peacefulness La Belle France possesses – for those who have yet to experience it, you will find it in almost every one of Kathryn’s designs. The sophistication that reaches deep into and soothes the soul. Come visit Kathryn’s collection in my showroom.

An introduction to the world and musings of Charles Spada